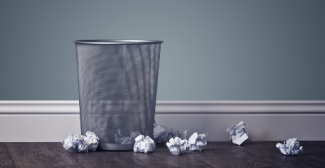 Can IRAs be used to benefit a charity? IRAs can be a great source of funds to provide a benefit for a favorite charity, but using these funds can create a number of traps that must be avoided in order to maximize benefits to both the charity and other IRA beneficiaries.

1. Name the charity directly on your beneficiary form.

The money will go directly to the charity, avoiding both the time and expense of probate. Additionally, the distribution to the charity will not be considered income to the estate of the deceased IRA owner.

Consider transferring the portion you intend to leave to charity into a separate IRA account. If other beneficiaries inherit the same IRA as a charity and the charity’s portion is not “cashed out” or split within the IRS prescribed time frames, the living beneficiaries may be required to take distributions earlier than would otherwise be required.

If you have made provisions for certain charities under your will and also have retirement plans, an effective tax strategy would be to reverse the bequests with non-retirement assets. This way, the charity receives the same amount that you were going to leave them in your will, but your heirs will end up with more, because the money they will inherit will not be subject to income tax, as the retirement plan would be.

4. Don’t convert assets you plan to leave to a charity.

Many charitable organizations and religious groups are structured as tax-exempt organizations. When an IRA is left to one of these charities, the charity does not have to pay income tax on the distribution as other beneficiaries would. As a result, if you intend to leave your IRA to charity, converting it to a Roth IRA is generally not a wise move. Why pay income tax on the conversion when the money will be going to the charity tax free anyway?

5. Beware of naming a charity as a trust beneficiary.

A charity is known as a “non-designated beneficiary,” because it does not have a life expectancy. Since a charity has no life expectancy, if it is named as a beneficiary of a trust that is also inheriting an IRA, it can require the remaining trust beneficiaries to take distributions earlier than would otherwise be required.